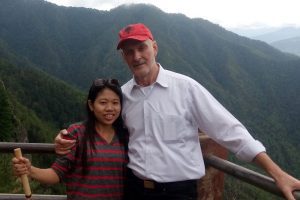 A journey to Chin State

we’re back in Yangon after a 10-day trip. After our exhausting drive through Chin State (see below) we had a day of rest in Bagan. We reached the ancient capital on April 23rd 2018 at 00.40 h after a fourteen hour hell ride over 560 km (half of it in mountainous terrain). All the way from the Indian border in Rihkardaw! And even saved entrance fees in Bagan! Please don’t tell anybody! Chin State was so fascinating that we added two days. We covered the following distance in eight days: Yangon – Salay (day trip to the rarely visited nearby temples in Hsale) – Kanpetlet – Mindat – Matupi – Hakha (via Falam and from there on gravel road through the jungle) – Rikhawdar – Bagan (via Tiddim, Kalemyo, Gangaw and Pakkoku).

And the next from Bagan to Yangon in 6 hours. To our great surprise, drivers are now being flashed in Myanmar! We had to pay 60.000 K penalty because of excessive speed! The blessings of democracy! But let’s go back to our topic: Chin State is slightly larger than the German State of North Rhine Westphalia and has almost 500,000 inhabitants. Not even as many as Hannover, Germany. Which means fourteen inhabitants per square kilometre. That is less than one meets after 20 o’clock in the pedestrian zone of my home town Wilhelmshaven, Lower Saxony. And only those who know the loneliness at night-time up there, know what I am talking about… The landscape is fascinating, as are the streets. Excavators, rollers and shovel loaders are stationed on the main routes, which routinely and efficiently remove the ubiquitous landslides. I couldn’t imagine something like this being possible in this country. Hats off! The weather was good, like in the European summer. But really cold at night! Hot showers are unknown… We did not see any animals, apart from a dead deer, which a hunter carried on his shoulder. To our surprise we met quite a few hunters with ancient shotguns – maybe that’s the reason. In fact, given the remoteness and inaccessibility of Chin State one would have expected to run into a tiger any minute…

The capital Hakha has about 25.000 inhabitants. There is even a parliament there. The linguistically extremely fragmented Chins are predominantly Christians who belong to countless sects. This has led to the fact that they usually speak English quite well (missionaries!). In addition, they can often sing. We rarely saw the famous women with facial tattoos. However, we didn’t search for them like some people do, when they go there. The four of us drove in a Ford Ranger with four-wheel drive, which was of great benefit to us. When we reached Chin State, we were joined by an unwanted passenger – my hay fever, which I usually don’t suffer from here in Myanmar! The food is bad. The Chins are noted for regularly having dogs on their menu. Fortunately, such were never offered to us. However, I have to admit that the dogs up there bear no resemblance whatsoever to the miserable street dogs you meet elsewhere in Myanmar. The Chin dogs look really tasty, if I may say so. The hotels were miserable (apart from the ‘touristy’ southern part of the state). I haven’t stayed in a room with a common toilet room in the corridor for a long time – as in Rihkawdar (see photo with the friendly landlady). On the other hand, one can’t complain, when he pays hardly 9 Euro incl. breakfast … Right? By the way, we didn’t meet a single foreigner in northern Chin State. Well, that’s how it was in Chin State. If you have questions to routes etc., let me know. 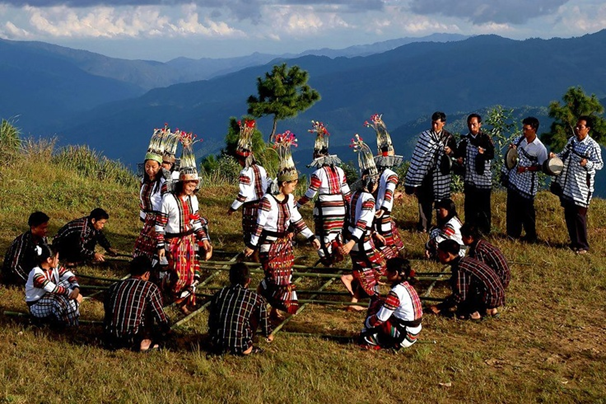 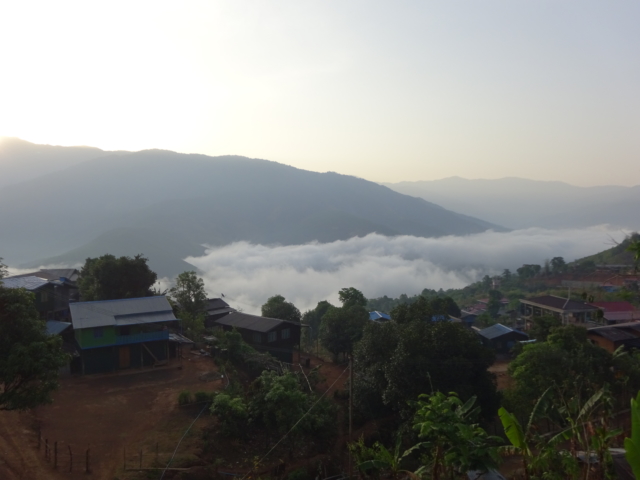 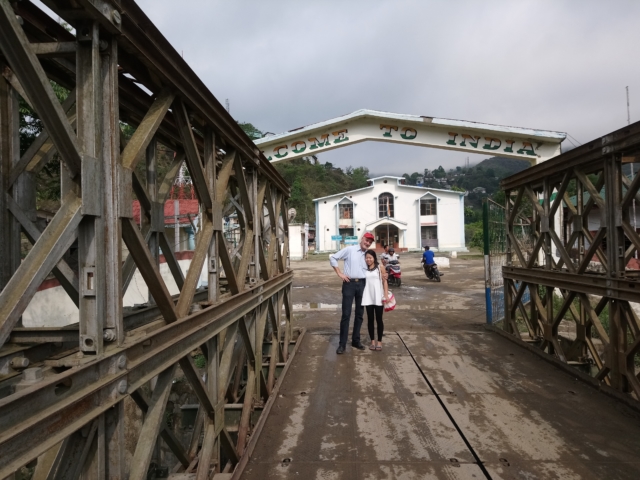 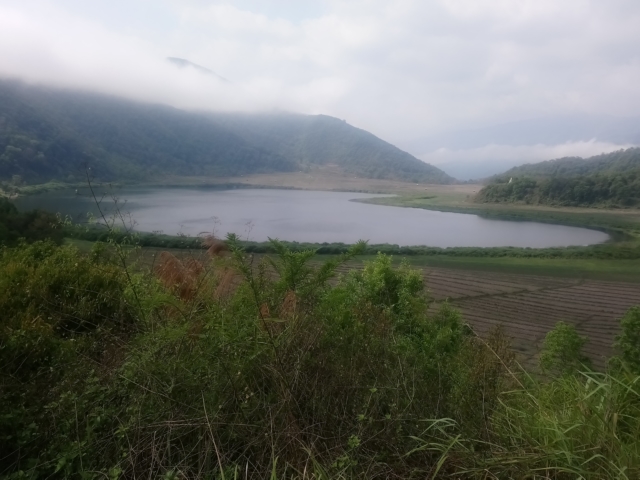 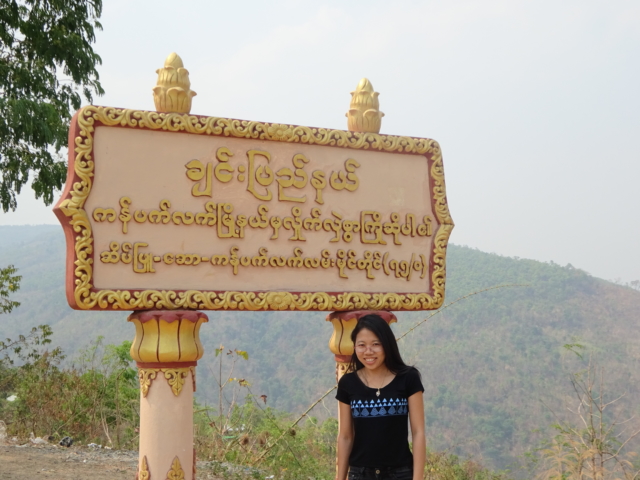 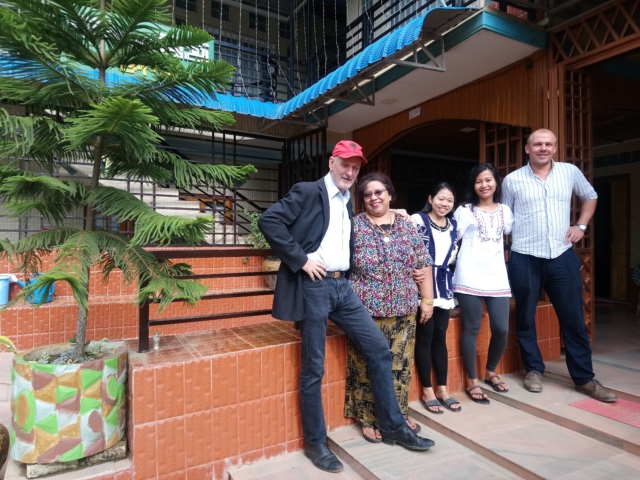 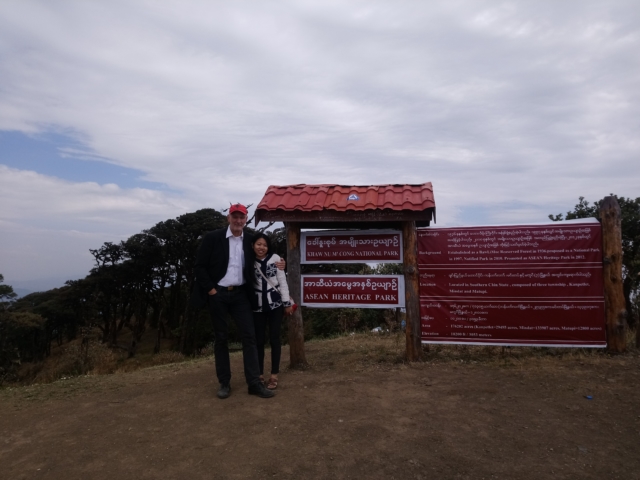 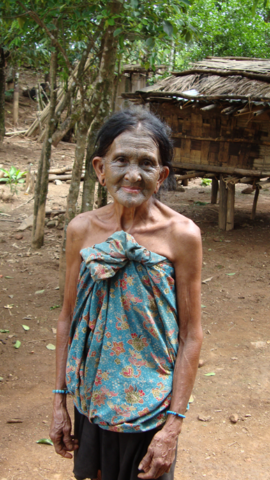 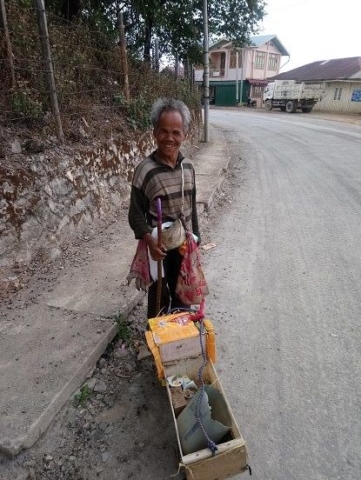