Taunggyi’s balloon festival (near Lake Inle) has become world famous. And big business! In a copycat society like Myanmar it was only a matter of time until another city would pick up the idea. For quite some time now the city of Pyin Oo Lwin (aka Maymyo) organizes its own balloon festival. The city fathers wanted to boost international tourism. So far the city is more or less a summer resort for local visitors who want to escape the heat of the lowlands. Thus, there are many, many hotels with a long off-season.

The balloon festival in Pyin Oo Lwin takes place around the full moon of Tazaungmon (October /November). It coincides with the one in Taunggyi. It takes five days if I have been informed correctly. The climax is on full moon day. The launch site of the balloons is located about 10 km east of Pyin Oo Lwin’s city center (Purcell Tower). The majestic, brightly lit golden Maha An Too Kantha Pagoda is clearly visible from there and certainly not a bad place to see the balloons rising up into the air. At the launch site the festival’s organizers have erected a large grandstand. It’s not worth the money they charge. During our visit the balloons disappeared from the sight of the spectators on the grandstand quite quickly, due to wind conditions. As in Taunggyi, the hot air balloons are equipped with firework gondolas. The fireworks start when the balloon has reached a certain height. At least, that’s the plan! However, it happens quite frequently that the launch is delayed or the wind blows the balloon sideways – in the worst case directly into the grandstand. Caution is definitely advised!

Somehow, we were a bit disappointed: the number of balloons launched at night is much lower than in Taunggyi! There, the balloons go up quickly at regular intervals all night long. In this respect, Pyin Oo Lwin still has a long way to go. There are long intervals between the launching of the balloons. The cultural show with traditional dances and so on cannot compensate for this. Nevertheless, we found our visits (we went twice!) quite rewarding.

The funfair on the big fairground was a hit! First and foremost of course the usual food stalls and market stalls for all kinds of goods (textiles dominate). The noise of market criers all over! Sometimes amplified by loudspeakers. The fun rides were well attended and amazingly modern. A huge, brightly lit swingboat seemed to be especially popular. Great fun to look at the children’s carousels. While the little ones mostly sat with dead serious faces, their parents watched them closely with excitement. Much to my regret, the beautiful men-driven old Ferris wheels were missing. Instead, amazingly modern devices. For the people from Northern Shan State this is probably the ultimate experience. As the great German poet Goethe put it:

Here is the people’s paradise,
contented, great and small shout joyfully:
“Here I am Man, here dare it to be!”

Towering over a large marquee for the performance of traditional Burmese drama (pwe) there was a giant image of a zat-dancer. There was pink cotton candy on sale and there were shooting galleries where one could buy six tennis balls from pretty girls for only one thousand kyat and try his luck throwing them at prizes such as soft drinks, from my point of view not fit for human consumption. However, my employees who came along quite enjoyed drinking it. Maybe, I’m too picky… And all the cruelties of Burma’s cuisine, including my ‘favourite’ We’ Thar Tho Hto (pork entrails on small skewers). Customers sit in a circle around the kettle with the boiling broth and dunk their skewers into it. Hot seasoning is available for free. Dirt cheap! I haven’t dared to try the skewers yet. But I would like to join the circle sometime. That’s the way it must have been in long gone times, when the ancestors of today’s Burmese roamed the plains of Burma as nomads. Also bayi’ kyaw (roasted crickets) are something not be missed. By the way, it is surprisingly cold around the season. Pyin Oo Lwin is 1,200 m above sea level. So bring something warm like a sweater. Or two! My judgement: absolutely worth going! 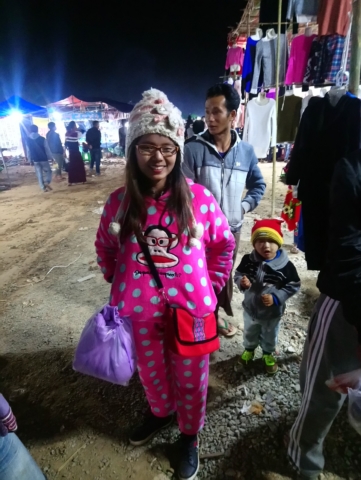 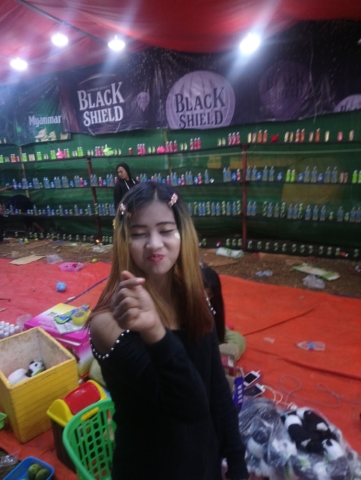 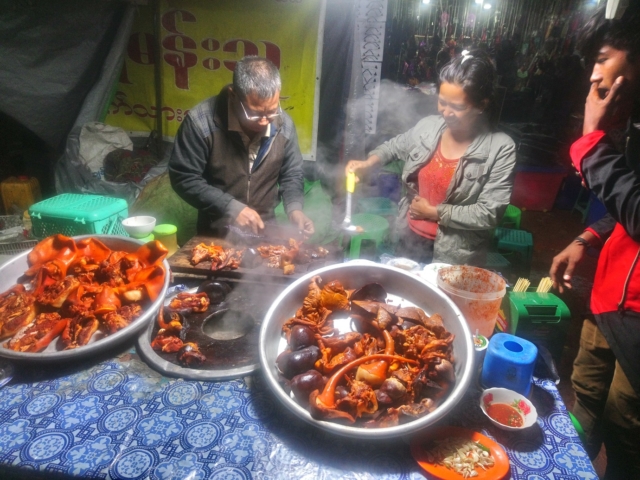 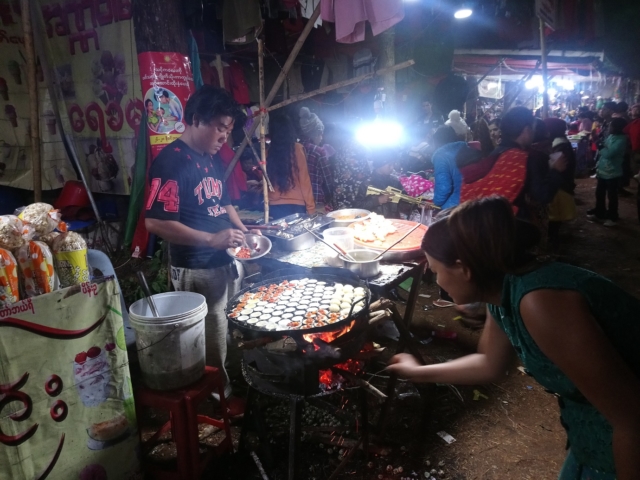 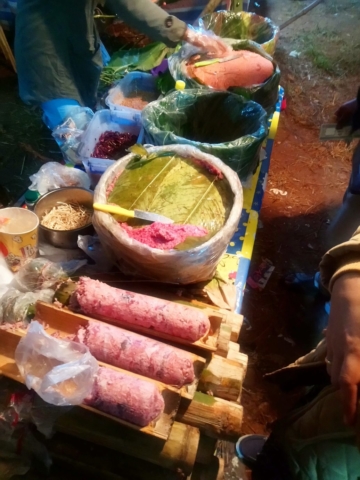 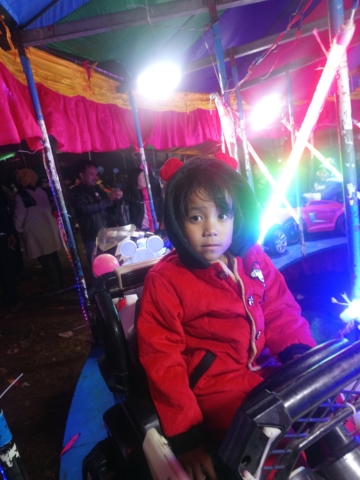 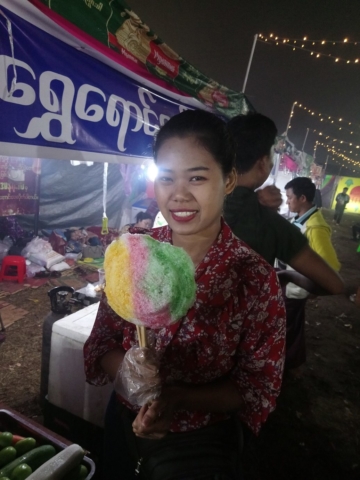 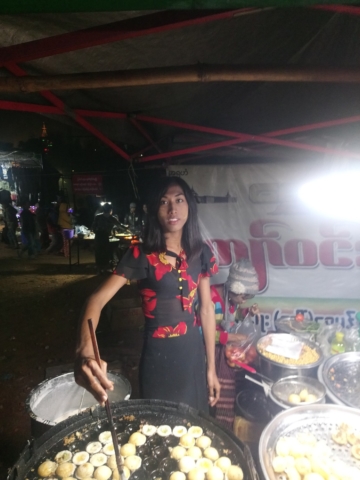 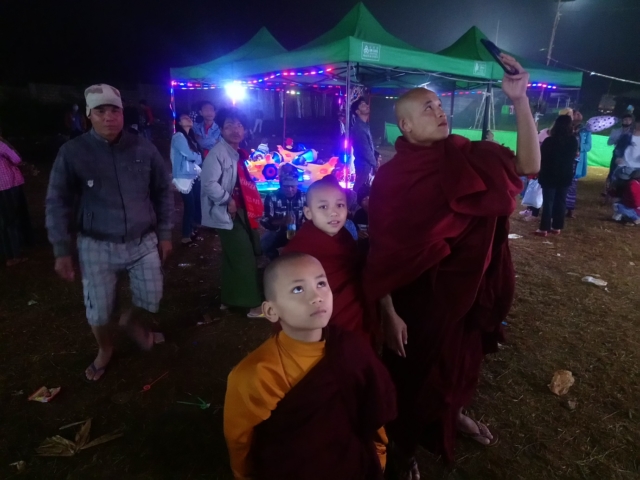 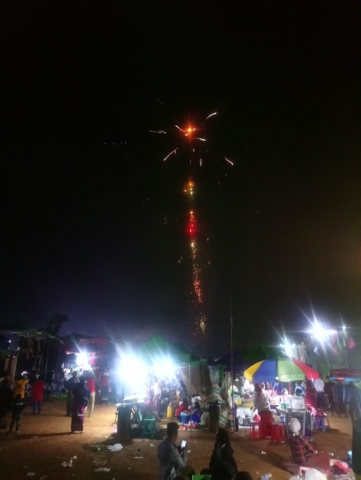 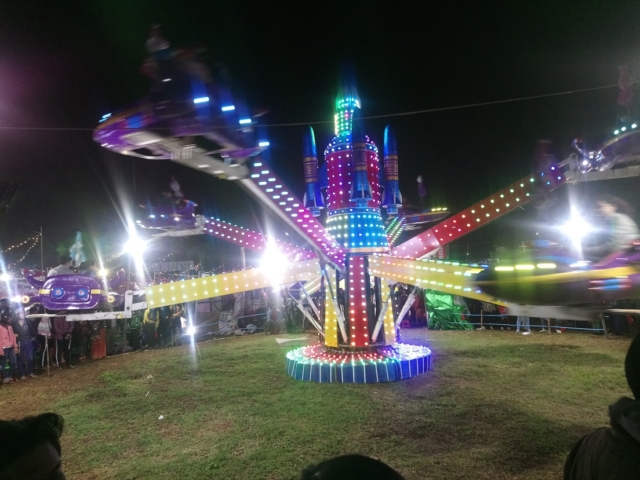 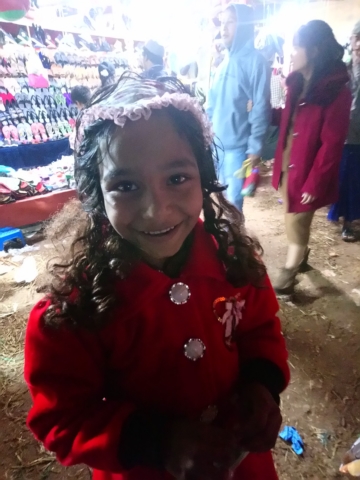 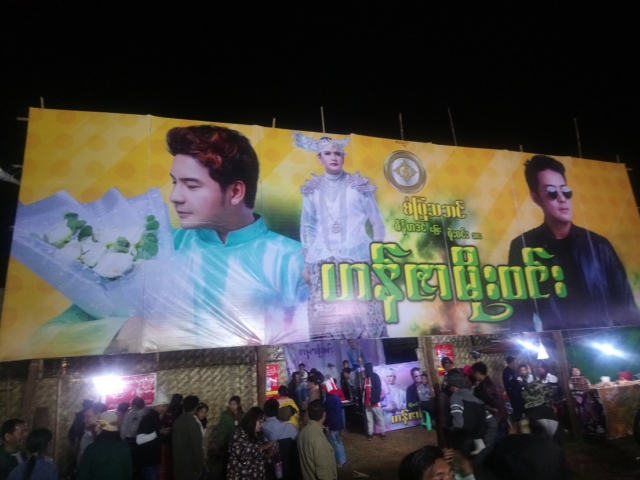 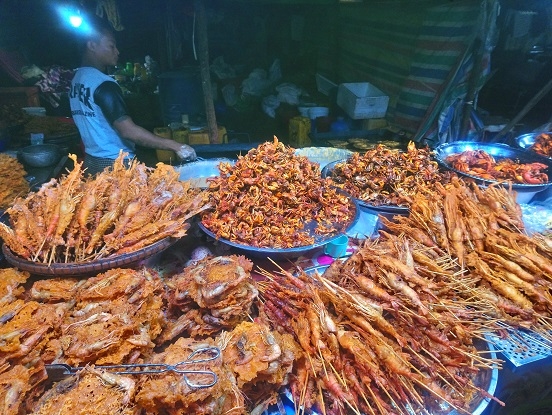